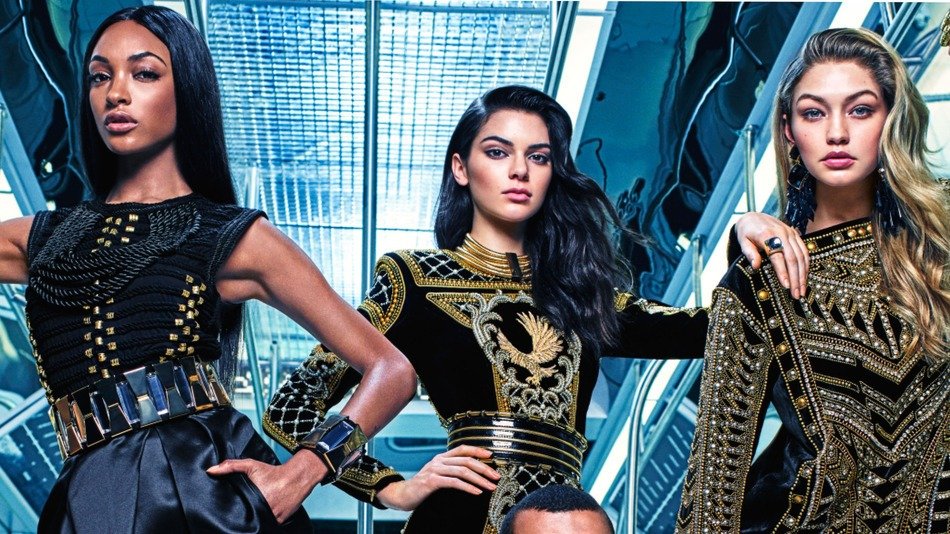 Even with zero interest in fashion, anyone with an Internet connection would have caught wind of the recent wildly popular H&M x Balmain collaboration. In fact, the worldwide day-before lineups, inescapable social media buzz, and record sell out times made people everywhere sit up and take notice. And it made us wonder: why do top designers go mass market?

Whenever a high end designer launches their own label, they start with a signature (usually eponymous) haute couture line. These lines are usually expensive and high quality, with a unique twist for each piece. This was fine when economic distribution divided people into two classes: those with money and those without. But with the fairly recent advent of a growing middle class with expendable income, it only made sense for designers to tap into that money. And so diffusion brands were born.

The Emergence of Diffusion Brands

Released by designers as secondary lines, diffusion brands proposed more affordable offerings than their top tier signature lines, at a price point still high enough to exclude many people and confer status on the wearer (think: Marc by Marc Jacobs, Prada’s Miu Miu, Roberto Cavalli’s Just Cavalli or Calvin Klein’s CK). It was the best of both worlds: the designer’s signature line retained its cachet, while the diffusion line substantially increased exposure and profits.

But in recent times, many of these often longstanding diffusion lines have been shut down and reabsorbed into their parent companies. So why are diffusion lines fading into the background as high-low collaborations are taking off?

According to High Snobiety, the rise of “normcore” and that selfsame high-low fashion have ushered in an era where elite fashionistas and celebrities often wear the same (affordable) New Balance sneakers as the average person, while pairing it with haute couture pieces. The simultaneous rise of online shopping and fast-fashion brands that pump out copies of runway pieces end up giving everyone the means to look like their favourite runway models, celebrities, and fashion idols. Indeed, instead of spending their money on the comparably bland pieces offered by diffusion lines, consumers have turned to fast-fashion to get their fix—allowing them to save their precious dollars for the occasional high end splurge.

The advent of high-low collaborations between accessible fast-fashion big box retailers like Target and H&M with brands like Karl Lagerfeld, Maison Martin Margiela, Proenza Schouler, Alexander Wang, and—of course—Balmain, began making high fashion available to the masses at affordable prices. Add in the scarcity factor of traditional haute couture pieces (the collaborations run for a limited time) and you’ve got yourself a whole new, and incredibly successful, way for designers to increase brand awareness while getting their products in the hands of the masses.

The Awareness Factor of H&M

Awareness is a big part of the appeal that mass production collaborations have for top tier designers. Let’s face it, how many typical H&M shoppers knew or cared much about Balmain before they heard of the collection and saw Kendall Jenner modelling the collab pieces in the lead up to the collection’s release? We’re willing to bet not many. But they know about Balmain now.

In fact, the money earned from these collaborations often doesn’t contribute much to the brand’s overall sales. Instead, the designers are more interested in awareness and media impressions. Once the collaboration is over, they can get on with making their collections, confident in the knowledge that younger consumers who may one day have the money to buy their signature line will know exactly who they are. And all the brands have to do is adapt their designs to fit cheaper materials and