Teamwork makes the Dreamwork! This year’s Blood N Guts Horror Best Makeup Award was proudly won by two JCI Institute Makeup Artistry Grads Chrissey Leybrun & Jessica Lauchlan, who both worked on the 5-minute short film Mister Seeker, directed by Alexander J Baxter. Today we have had the pleasure to interview our two winners and get to know their experience through this amazing event. 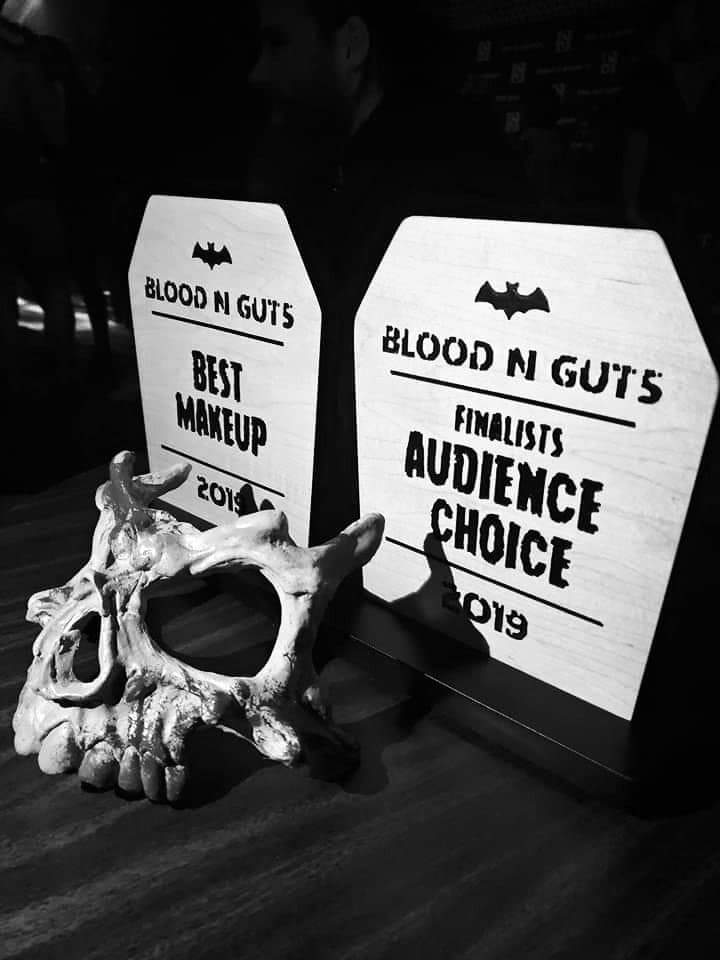 What inspired you to pursue a career in the Makeup Industry?

Chrissey: I think my biggest influence was film. In our house watching movies and spending time as a family was huge. We would have TGIF night every Friday where our living room was covered in blankets, friends, bowls of snacks and chocolate bar wrappers. Film was a feeling for me and it still very much is.
Sometimes my older sisters would stay up super late and watch horror films once us younger ones would go to bed but I’d get up and sneak back into the living room. I’d hide behind a massive fish tank my dad had, just to get a glimpse. I had to see the MUFX, I just couldn’t sleep knowing I was missing out.
Jessica: I decided to pursue makeup because I loved the freedom it gave me, there are no real strict rules, it is what you make it, also I love me a big juicy wound! I’ve always loved FX but something I really found an interest in during the course was avant-garde/editorial looks! 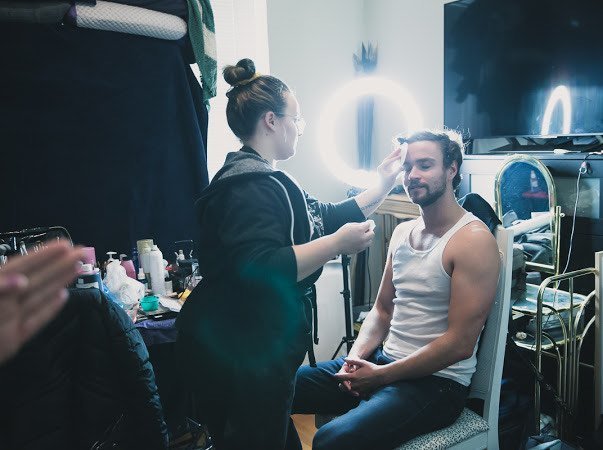 What was your experience with JCI Institute?

Chrissey: My experience with JCI was something I’ll never forget. I learned so many lessons there that I use on every single job. After working in the industry for a while I’ve realized that JCI has the most balanced program. I feel as though JCI puts cleanliness as a top priority as well from the moment students begin the program and I’ve continued to notice that practice remains a priority among JCI alumni I work with, it’s something I’ve very proud of.
Jessica: My experience with JCI was incredible, every teacher I had was so supportive and only wanted me to succeed and be the best artist I can be.

How did you enter the Blood N Guts Film Competition?
Chrissey: I have done this competition 2 times previously. I went onto the Facebook group and put it out there that I can do FX! This year I Co-produced a film for the very first time. I got to help pick our actors, and have my ideas considered as well. Most fx artists know quite a bit about horror and what gets the audience going, so my advice to any team would be to let your fx artists share ideas too!

Jessica: I entered the festival actually through JCI’s Facebook alumni group! Chrissy posted that she was in need of a second Makeup Artist and I was incredibly interested as I have been wanting to dive into the film industry. 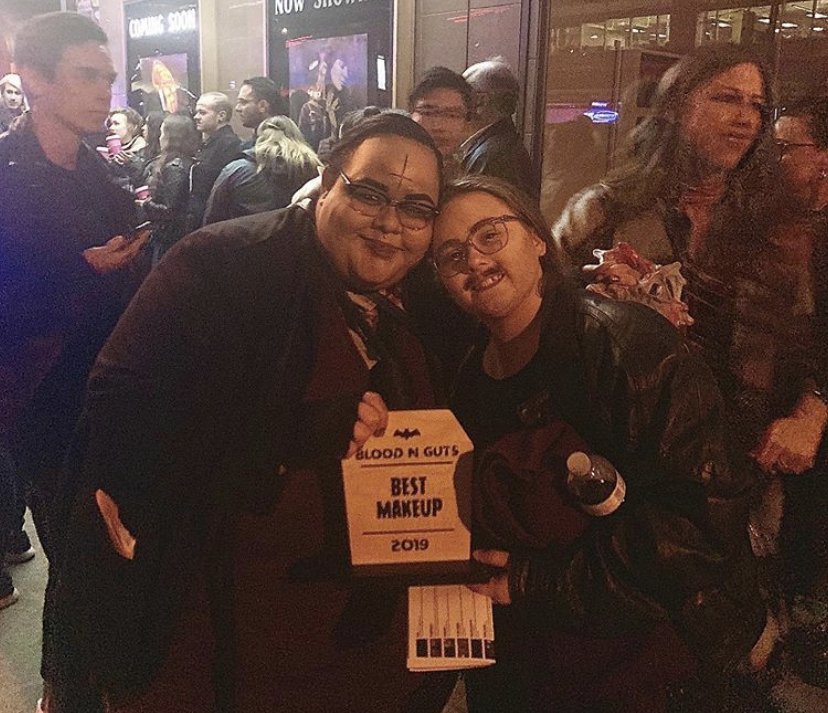 What was the process for creating the Makeup for the Film?
Chrissey: As soon as we came up with our concept and title “Mr. Seeker” I knew that the actor playing him (who was also my co-producer and director) would have