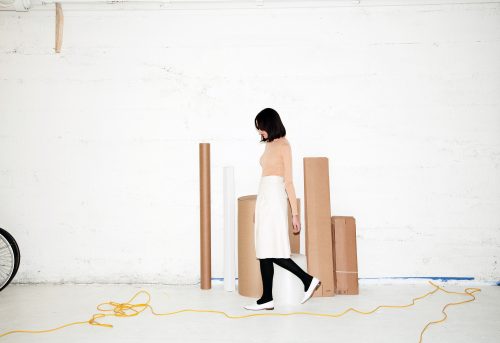 “I’m an independent fashion designer, I get to work for myself which is pretty ideal, and there’s no complaining about that!”

One would say that being a fashion designer, educator, and a globetrotter is an extravagant lifestyle to live; this is everything Sunja Link didn’t expect when growing up.

“Be smart, be logical and work hard.”

Born and raised in British Columbia, Canada, Sunja didn’t come from a background of fashion. Her parents were not the most stylish people, however, Sunja always knew she wanted a career in the industry.
The journey began when Sunja hopped on a plane and moved across the country to Montreal. She enrolled at LaSalle College—a publically-funded fashion design school where she received a degree in Fashion Design.

“After graduating, I got an internship with Luscious Clothing which was really big in the ‘90s in Montreal. I was working full-time for six months and doing about sixty hours per week— all for free.” 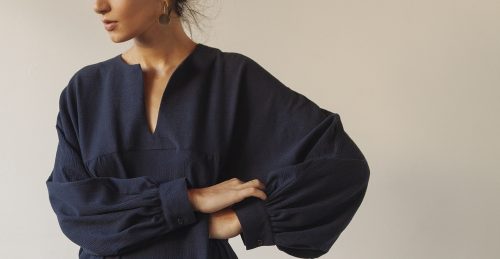 Once Sunja returned back home to Vancouver, she began working with The Block as an assistant designer for their in-house line. Soon after the in-house line was discontinued, Sunja released her first collection for Sunja Link, in 2001 which was sold locally at The Block and Welcome Home Eugene Choo. Her first collection was also picked up by independent fashion boutique Still Life in Victoria.

“I was lucky when I started; it’s definitely harder now to be an independent designer. I now have over 17 accounts that I sell my collections to. 90% of everything you do is social interaction— networking.”

All in good timing, Sunja reached out to the Fashion Program Director at John Casablancas Institute and was offered a position as a part-time substitute teacher which eventually led to a permanent role teaching Elements of Design. With the launch of JCI’s Core Fashion Design program in 2016, Sunja is bringing even more of her design expertise to educate the next generation of fashion visionaries.

“I wouldn’t be teaching if it weren’t for the small class sizes, the atmosphere at this school and the students. All the students here are like a family and it’s comfortable because of the ease and how well everyone gets along.” 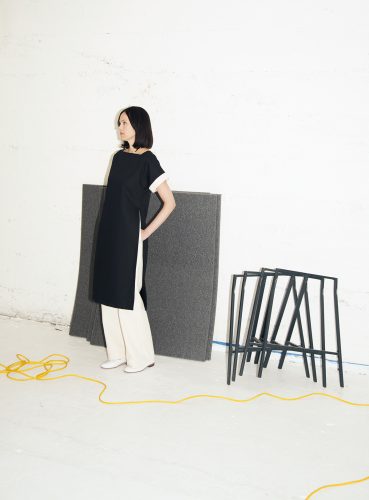 They say if you find a job you love, you’ll never work a day in your life. The best part of being an independent designer for Sunja is that she always gets to follow her passion—working for herself, designing garments and teaching part-time at JCI.

“I get to work with women all the time and I love it. There’s never been a time where I wished I worked with men. I love all my sewers, buyers, and 90% of the designers I hang out with in New York and LA are women.”

Life as a designer, however, is not without its own struggles. Even with all of Sunja’s success, she still finds herself in an industry where much of the world doesn’t fully recognize independent designers. She also acknowledges that for many people the price tag on clothing is the main focus, and they are concerned about the environmental impact that low-cost, fast-fashion presents.

“Clothing is just below oil [in environmental impact]. To reconcile the harm that clothing does to the Earth, I just want to make small batches, small quantities at an accessible and realistic price. And a realistic price isn’t $19.99, somebody is getting taken advantage of when it’s $19.99. So the downside is that ethically the fashion industry can be horrible.” 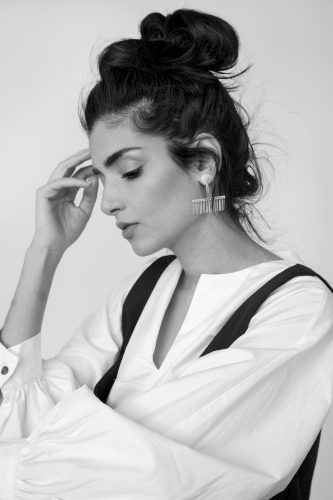 Showcasing the Sunja Link Fall 2017 collection was an exciting time for Sunja. Even though she was busy running back and forth from New York to Vancouver for meetings, it was a prize moment throughout her career to be sought after by stores she wasn’t aware even knew of her brand.

“I was in shock. I had no idea that these companies knew me. Stores from New York, LA and Philadelphia contacted me and I received a lot of attention.”

The next step in Sunja’s career is revealing her Pre-Fall 2018 collection, which comes out this July. This line is a crinkled cotton collection with easy to wear contemporary looks. Sunja doesn’t necessarily follow trends although stresses that a designer has to be aware of what’s happening around them at all times.

“It’s important to know what’s in the zeitgeist, what everyone else is doing in the industry. I don’t care what’s popular but I need to know what’s popular often so I don’t do it. As a designer, you’re working ahead, so if everyone’s wearing something right now I have to know not to design it for the next season.”

The top piece of advice Sunja has for aspiring designers? Be humble. The fashion industry is the product of the modern age and everyone wants to make it big and live a glamorous lifestyle. Even with all this focus on celebrity and status, designers should treat everyone they work with as an equal. 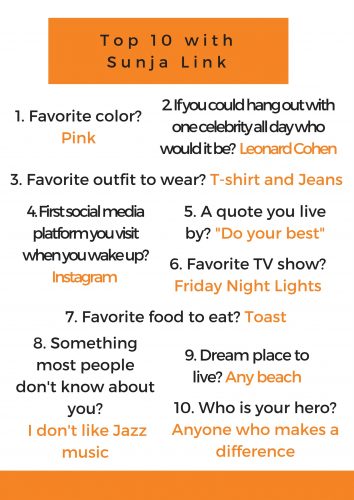