Over the past few years, the Film Industry in Vancouver has been booming. From tv shows like The 100, Nancy Drew, The Chilling Adventures of Sabrina to movies starring Academy Award Winner Whoopi Goldberg in an adaptation of the Stephen King novel, The Stand.  Vancouver, A.K.A Hollywood North, is moving into its next year of being the second-best city in North America for filmmakers, which, of course, has created a higher demand for Makeup Artists.

To talk about the many opportunities in the Makeup & Film Industry, we decided to have a Q+A with our amazing DIRECTOR OF FILM, TV & SPECIAL FX MAKEUP, Tracy Lai.  Tracy has been working as a makeup artist, specializing in creature effects, airbrushing, sculpting, prosthetics, and mold-making, for over 15 years!  She’s an accomplished makeup artist for film and television, commercials and music videos, and has been an instructor with JCI Institute for almost 14 years.  She won a Leo Award for Best Make-Up in a Motion Picture for her work in Evil Feed and now, while she continues to work in the industry and in JCI, she’s also focussing on her own Prosthetic Line.

Tracy will walk us through the many existing opportunities in the industry and show us what a day in the life of a Film Makeup Artist looks like, take a look at the interview below.

What makes NOW the right time to study Make Up?

Makeup opportunities for film couldn’t be more booming than now. Thing is, “makeup” is such a broad spectrum.  If you considered possibly being a Professional Makeup Artist (MUA) in film or TV, consider this:  You can do everything from simple makeups to fun period looks, to the extreme, such as cyborgs, demons and weird six-legged aliens.

We encompass at least 40% of Canadian film productions in BC alone[1].  BC’s film and TV industry are looking for workers to meet the ongoing demand.  I can see that continuing to happen for the next 10 years, at least.  I went to visit a makeup convention in Toronto last year and found out that there is a drastic difference in numbers between an abundance of makeup jobs in film and numbers lacking in available Union members.

There are so many online-streaming platforms providing endless shows, I can only see more on the horizon and that will be demanding more Makeup Artists and other crew.  We have The Good Doctor, Riverdale, A Million Little Things, The 100, DC’s Legends of Tomorrow, The Flash and Supergirl (HOD JCI Alumni Judy Gruzelier BTW!).  That’s among many other ongoing productions and I don’t see it quitting anytime soon.

What are some examples of jobs are available for a Makeup Artist in Film?

Many TV series and feature productions are shot here in Vancouver. As a Makeup Artist for Film/TV, there are many roles to fill.  As far as being an On-Set Makeup Artist goes, you could be crewed up as a Makeup Assistant, Head of Department, Day-Caller, Prosthetics Artist, Airbrush Artist, etc.  If you like shop work, Vancouver has a handful of prosthetic labs where you have opportunities to build and paint.  Every day is a different day.  Fabrication – for instance, I once found myself creating and sewing a pattern for a life-sized bear suit (this had to match an existing actor bear star, by the way) for a stuntman and carving wearable realistic paws out of polyfoam to go with it and finally, finessing the fine fuzzy fur you would find on its muzzle.

Special Effects Makeup Artists have to create weird things people wouldn’t normally imagine you doing.  I worked on a gazillion (I swear) wings for The Tooth Fairy, cutting, forming, gluing pretty fabric, airbrushing shimmer paint and finishing off with wispy fur on the edges. The project never seemed to end. I had nightmares excellent dreams about it.  Other jobs that fall under the role of a Special Effects Makeup Artist include lifecasting, sculpting, prosthetic application, painting, blood gags or airbrushing. 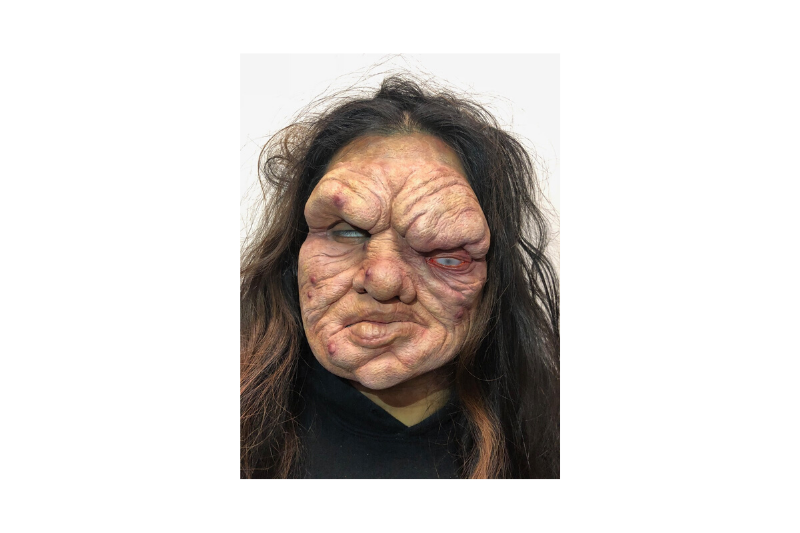 Do you need training in order to work in Film?

Given all the many ongoing productions, mentioned above, I think that’s proof to our incredibly skilled workforce – and that doesn’t come without training.

I think schooling is very important.  If I didn’t learn from JCI, I’d be on the street illustrating caricatures for donations probably.  Just kidding – but seriously, I don’t know if I could count on a steady stream of income.  Skill and technique need to come with your talent and drive.  There’s a difference between doing what you love and being successful at it.  Schooling teaches you the tools.  A lot of the learning also comes when you’re on set or on the job, but going to school gives you the necessary stepping stones and certification to get there.  I wouldn’t be where I am now without JCI.

What are some suggestions you would give to makeup enthusiasts on how to pursue their passion?

This type of job is not just for “makeup lovers”.  You have to have endurance, interpersonal skills and excel in teamwork.  Have stamina and use your brain to think.  Having troubleshooting skills and being quick on your feet will help you advance.  If you have some creative talent, let this be your outlet.  There are plenty of job positions to be filled and they need more than just a warm body.

If you’ve already had some experience under your belt with small film projects or some music videos, that’s a great start!  If you haven’t, that’s totally fine.  Get to JCI, and we’ll help you get there!  We have 2 film unions for Makeup Artists in Vancouver.  You can’t get better than that!  Get your diploma, get into film and get yourself a nice paycheque.[2]  This is a career perfect for anyone who is an artist, a mover, and a shaker.

If you find yourself wanting to mix up your tasks and hours, you can become a mobile Makeup Artist providing bridal services.  Be a boss, run a team.  Have a family or have other priorities? Work on weddings and editorial shoots on the weekends.

Be an assistant.  You will learn a lot and assisting can be quite cushy because even though you’ll still have to work your butt off, you won’t have to deal with the paperwork, breakdowns, and budgets.  I like being told what to do sometimes, and when I have a lot on the mind, a job like this is perfect.

What projects do you have in store for 2020?

Alas, I’ve been in film since 2004 and it is time for me to take a bit of a break.  I still whiz about, but my focus has shifted a bit for the time being.  Taking a step down from big film work and turning down projects is difficult, as I want to help everyone, and I hate letting people down.  I know a lot of colleagues who are trying to do the same, but it’s not all that bad because that means more spots to fill for newcomers!  That’s where the JCI alumni come in.

Lately, I’ve been focussing on more of my own line of prosthetics & creations which I’ve put on the backburner for over a decade.  This still leaves room for film though.  That’s the lovely thing about film and TV.  You only commit to the jobs you want to and create your own balance in life.  Even though I have taken a step down from running shows, I still get to have a lot of say on the day-to-day projects I get called for.

Nowadays, I will do day calls here and there as an on-set Special Makeup Effects Artist when I can make myself available (2019: Batwoman, Supernatural, The Twilight Zone, The Chilling Adventures of Sabrina).

Having this freedom has always given me the ability to pursue my other passion:  teaching.  I offer advanced courses in my studio between fulfilling my duties at JCI as an instructor and Program Director.  My life is hectic and crazy – in the best way possible.  This is what it means to me to be an artist.  I like the crazy.  I will always have this freedom. 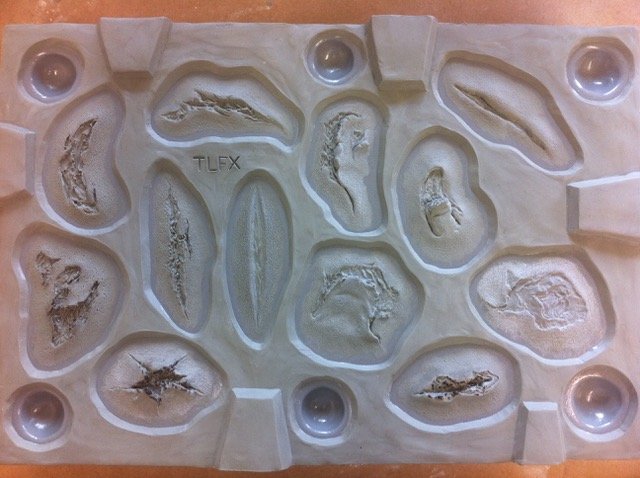